Dr. Sabrina Ahmed is proud to be the primary sponsor for the SMSA Scholarship, administered through Humanity First and named after her father Dr. Syed Mohammad Shahid Ahmed.

The SMSA Scholarship awards up to $2500 to a qualifying candidate to encourage students from low-income households to pursue higher education. The candidates are selected solely at the discretion of Humanity First, a recognized charitable organization, with preference being given to those that are active within their communities.

Please note these links open in a new window. 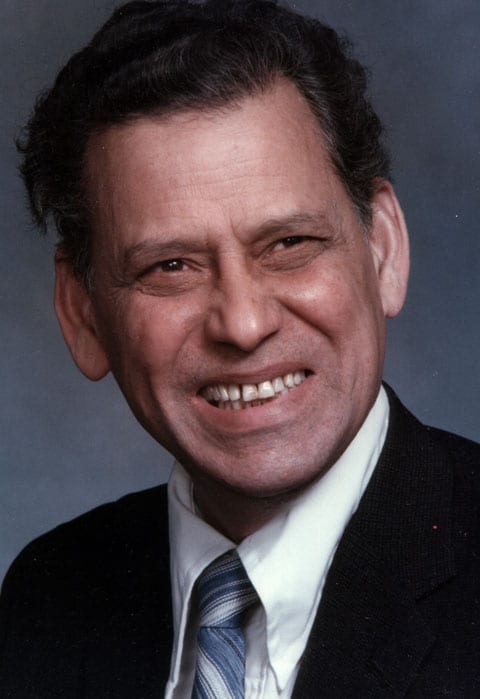 Dr. Syed Mohammad Shahid Ahmed was born in Bihar India in 1931 to Dr. Shah Mohammad Rashiduddin and Begum Syeda Maimoona Khatoon and was the 9th of 9 children. He received a Bachelor with Honors in Psychology in Aligarh University in Aligarh U.P. India. Here he was also part of his Aligarh University Football Team allowing him to pursue his love for sports, teamwork and travel. His team competed nationally allowing him at a very young age to travel through India. He developed tastes for regional provincial cuisines that are till this day distinct to many parts of India. He married Mrs. Mubarka Ahmed in 1962 and was blessed with his first daughter in Bihar India. He is very proud of receiving special blessings with the birth of each child, and later went on to have two more children one in Karachi Pakistan where he received his Masters in Psychology with a special interest in Experimental Psychology and his third child in Glasgow Scotland where he received his PhD in Social Psychology. It is this degree that allowed him to travel to Canada where he started his long teaching and research career at Laurentian University in Sudbury Ontario in 1968.

Although coming to Canada for only a one year contract he immediately fell in love with Canada. He loved the openness of the people, the change of seasons, but he particularly enjoyed the landscape of Northern Ontario.   As his children grew so did his love for Canada as well as his career. It was in Laurentian university where he went on to publish numerous papers and explore the world with numerous sabbaticals that to him too far off places. It was on one of his sabbaticals that he updated the syllabus of Pakistan University in a program developed by the UNO. He retired in 1998 as full professor. Till this day he holds the distinguished title of Professor Emeritus.

His fondness for exploring has lead him to exotic countries such as China, Russia, and Malaysia just to name a few. But his greatest love for travel was fulfilled in his travel across Canada from coast to coast.

His love for education is demonstrated in his vast library of books from all over the world and in topics ranging from history, art, poetry, and religion. As well, he has made numerous sacrifices to ensure the higher education of all three of his children as well as supporting his wife while she achieved receiving not one but three degrees. It is this passion for education that has inspired this scholarship. Dr. S.M.S. Ahmed lives in Mississauga today with his wife close to all three of his children and 4 grandchildren.

SMSA Love for All: Is inspired by his love for the people of the world and the Board is looking for candidates that share his philosophy and life experience: contributing to those in need from their community, in spite of their own adversity.

SMSA Peace for All: is inspired by the Refugee story: The board is looking for any student of higher education, such as a PhD candidate that comes from a refugee community.